We make only one vow: Obedience, which for us includes Poverty and Chastity.

Dominican friars profess obedience to the Master of the Order. The Master of the Order is obedient to Jesus, to Mary, to St. Dominic, and to the Pope. He is also obedient to the will of the brothers. So, ultimately, a big part of our vow of Obedience is to our worldwide fraternity. St. Dominic is a shining example for us in this: while he was still alive - in an unheard-of step for a founder - he ceded his authority to the brothers of the Chapter. If St. Dominic was willing to act in obedience to his brothers, how much more we ought to be willing to do the same?

The obedience we give to the Master of the Order is meant to imitate the obedience that Jesus gave to the will of the Father. Our obedience actually unites us to Christ, who lived in perfect obedience to the will of the Father. We are not obedient for the sake of being obedient; we are obedient because Jesus was obedient, and we are trying to follow in his footsteps. Dominic was the first to do it in our Order, and he did so in an exemplary way; may we imitate his example. 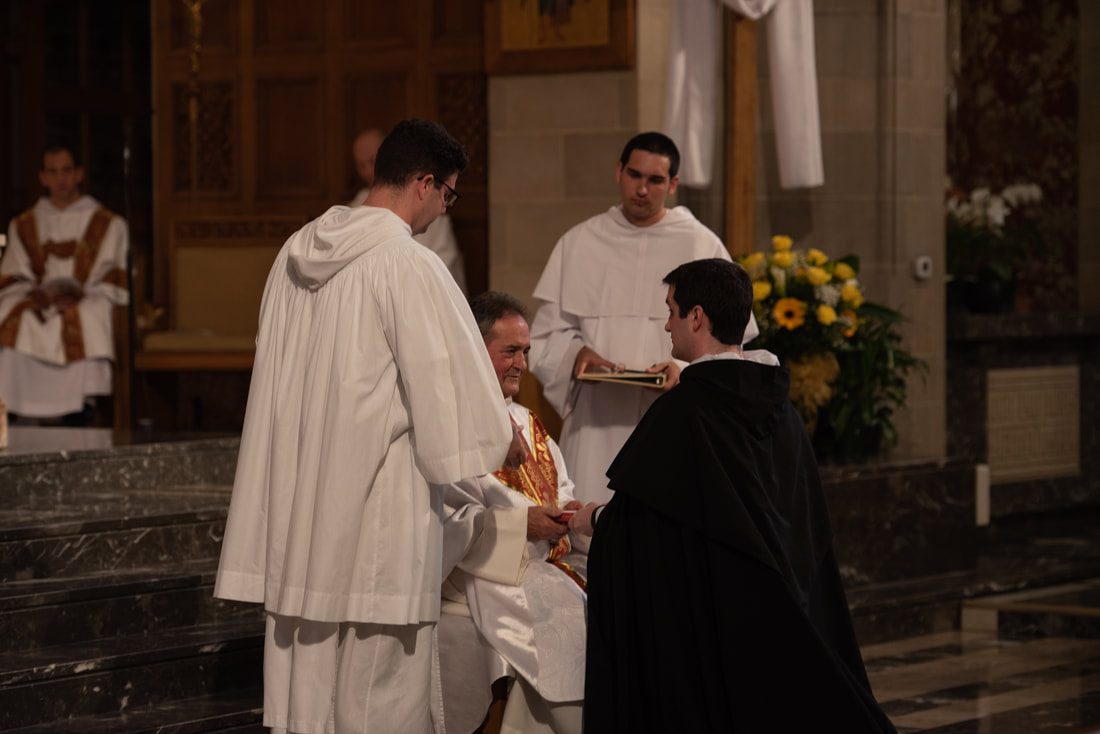